SUPER GAME JAM is a documentary series about
making video games in 48 hours.

Filmed in five cities over a six month period,
each episode pairs two indie developers together for
48 hours and challenges them to create a game
based on a theme suggested by their peers.

The series examines the creative process, technical skill,
and friendships that form through a game jam
event on a more personal and intimate level.

Super Game Jam spans five episodes, each of which includes one of the five games - exploring intimate topics, abstract themes or complete madness. 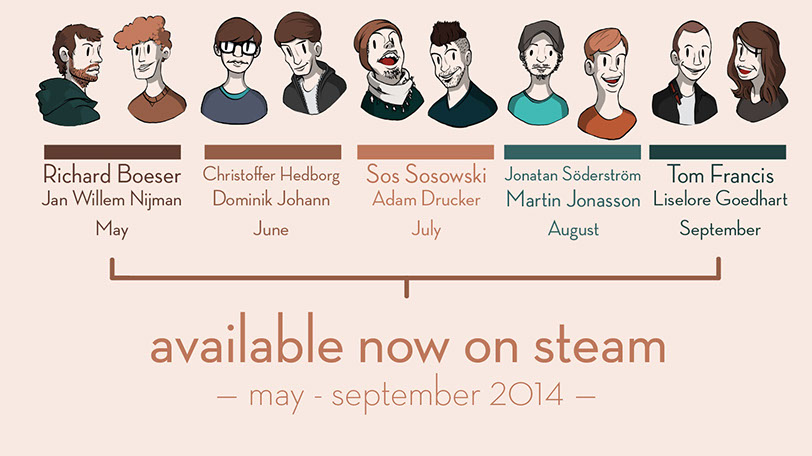 Furthermore there are extra features such as
extended interviews and an amazing soundtrack by
Doseone and Kozilek.